The SCD Diet: Your Guide To How It Can Improve Your Gut

The Specific Carbohydrate Diet (SCD) is a century-old diet that was originally created to treat children with inflammatory bowel disease. Today, adults and children alike follow SCD to manage their symptoms of various gut issues.

But what is the SCD diet, and how can it improve your gut health? In this article, we’ll take a look at SCD’s history, general rules, and efficacy based on research.

What Is the SCD Diet?

The SCD diet was developed in the 1920s by Dr. Sidney Haas, a pediatric gastroenterologist who sought an effective way to manage celiac disease in children. In the 1950s, Dr. Haas published Management of Celiac Disease with his son, Dr. Merrill Haas.

In the 1990s, Dr. Haas’ protocol was revised and published in biochemist Elaine Gottschall’s book, Breaking the Vicious Cycle. Gottschall’s daughter was a patient of Dr. Haas who followed SCD to manage her ulcerative colitis.

The general structure of the SCD diet is free of:

The SCD eliminates foods that may cause digestive system inflammation for some people. Monosaccharides — also known as simple sugars — are the only carbohydrates allowed under SCD.

Complex carbohydrates (disaccharides, oligosaccharides, or polysaccharides) are restricted because they may be more difficult for your body to break down. Undigested food can promote an overgrowth of bad bacteria, which can cause bloating, constipation, and other symptoms.

Similar to other elimination diets, you begin the SCD diet withan introductory phase that lasts a maximum of five days. During this phase, eat mainly chicken broth, eggs, and meat. After that, gradually introduce other SCD-legal foods like cooked fruits and vegetables, and note how your body responds.

Keeping a food journal can help you identify which foods are your worst triggers. You can also work with a dietitian or health coach to come up with a sustainable eating plan.

Since it’s a very restrictive diet that excludes many healthy foods, SCD is not intended to be a long-term eating plan. Once your gut health improves, you will slowly re-incorporate healthy, whole foods from outside of the SCD plan back into your diet.

Remember that any diet framework must be tailored to fit your body’s needs, so expect to experiment to find what works best for you.

Effects of the SCD Diet on Common GI Disorders

Although anyone can follow the SCD diet to help improve an unhealthy gut, this protocol was originally designed to improve the symptoms of celiac disease in children. Since then, it’s been recommended for patients of various GI disorders and autoimmune diseases.

Celiac disease is a chronic autoimmune disorder that affects the small intestine, leading to poor digestion and malabsorption of key minerals. It’s triggered by gluten, a protein found in bread and cereal.

Celiac disease is a genetically-predisposed condition that affects nearly 1% of the world’s population [1]. Diagnosis can take place in early childhood or late adulthood, and patients may not always show overt symptoms [2, 3].

Ulcerative colitis (UC) is an inflammatory bowel disease that’s characterized by small ulcers in the lining of the colon. In more severe cases, UC can spread to the rectum. It’s a chronic condition that can be managed through appropriate lifestyle changes.

Genetics and family history play key roles in the likelihood of a UC diagnosis, which is often made between 15-30 years of age [14]. It’s most prevalent among North Americans and northern Europeans because of the Western diet [15, 16].

Common symptoms of ulcerative colitis include:

Non-digestive symptoms of ulcerative colitis include:

Crohn’s Disease (CD) is an inflammatory bowel disease that attacks the GI tract. It’s often situated between the end of the small intestine (ileum) and the beginning of the colon. However, CD can sometimes reach as far as the mouth in the form of canker sores.

Family history and tobacco use increase the risk of CD [25, 26]. Crohn’s is typically not a life-threatening condition, but a failure to get proper treatment can lead to severe complications.

Common symptoms of Crohn’s disease include:

Non-digestive symptoms of Crohn’s disease include:

Is the SCD Diet Right for You?

The SCD diet may help you manage symptoms associated with autoimmune disorders or inflammatory bowel disease. Preliminary studies show promise for SCD in improving symptoms of celiac disease, ulcerative colitis, and Crohn’s disease. However, more varied testing and concrete evidence are needed. That said, an elimination diet like SCD could help determine which foods are triggering inflammation in your body.

SCD is not suitable as a long-term diet since it deprives your body of key nutrients that are found in many of SCD’s “illegal foods.” Ease into SCD with the introductory diet, then slowly reintroduce other whole foods over time.

Remember that when implementing this or any other gut-healing diet, it’s important not to get caught up with following it perfectly. Stress can heighten existing digestive problems, so it’s important to relax and allow some room for flexibility. Keep track of your progress with a food journal and the aid of your nutritionist and gastroenterologist.

More on maintaining your intestinal health through diet:

Dr. Ruscio is Doctor of Natural Medicine, Doctor of Chiropractic, clinical researcher and author (1,2). His work has been published in peer-reviewed medical journals and he is a committee member of the Naturopathic Board of Gastroenterology research division.
PrevPreviousHow Can a Nutrition Coach Help You Keep a Healthy Lifestyle?
NextHow To Heal Leaky Gut: Causes, Symptoms, and TreatmentsNext
Functional Medicine Near You 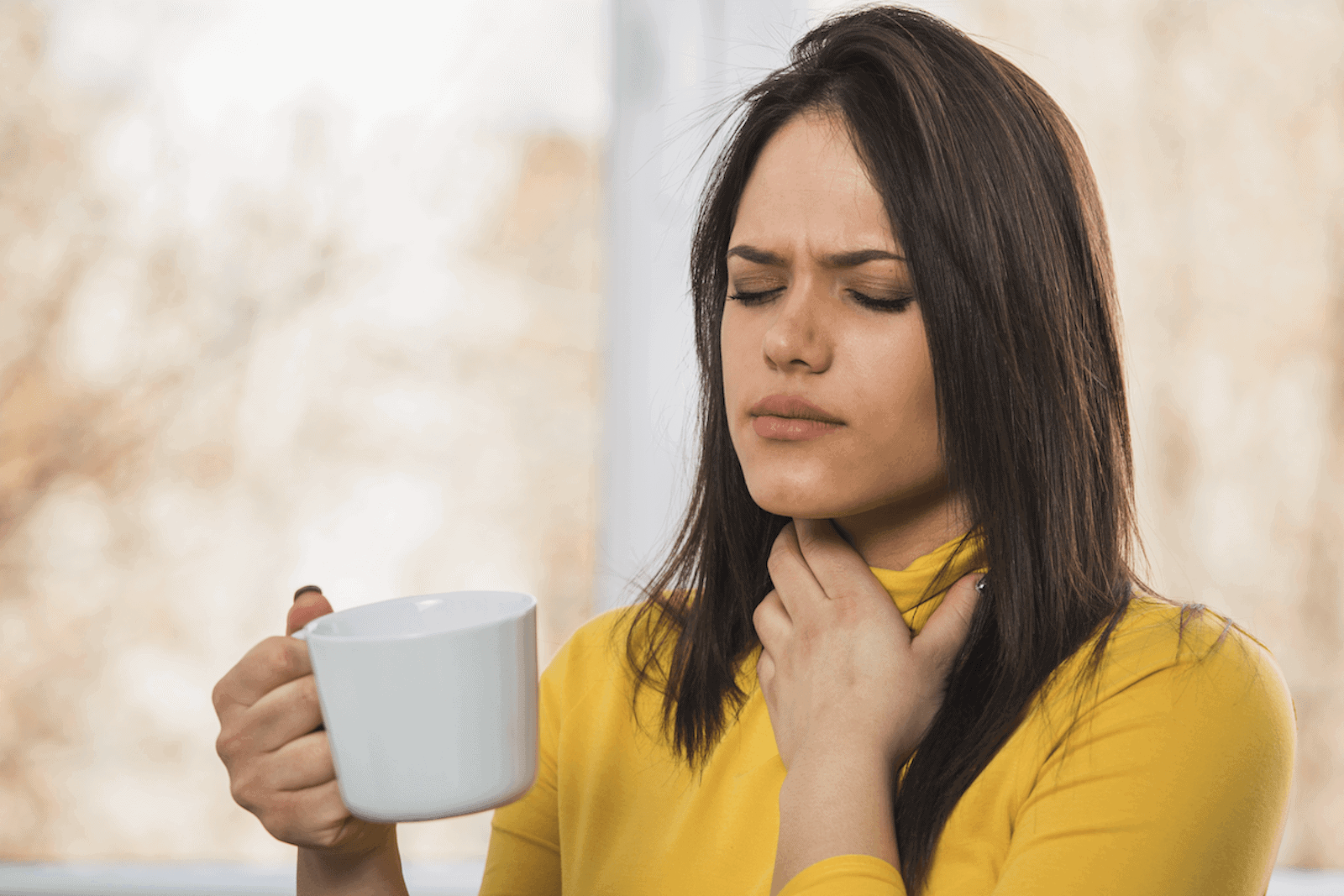 What Is Silent Reflux and What Can I Do About It?

Silent reflux can go unnoticed, as it doesn’t present with heartburn. Gut health improving measures, such as diet and lifestyle changes, can help. 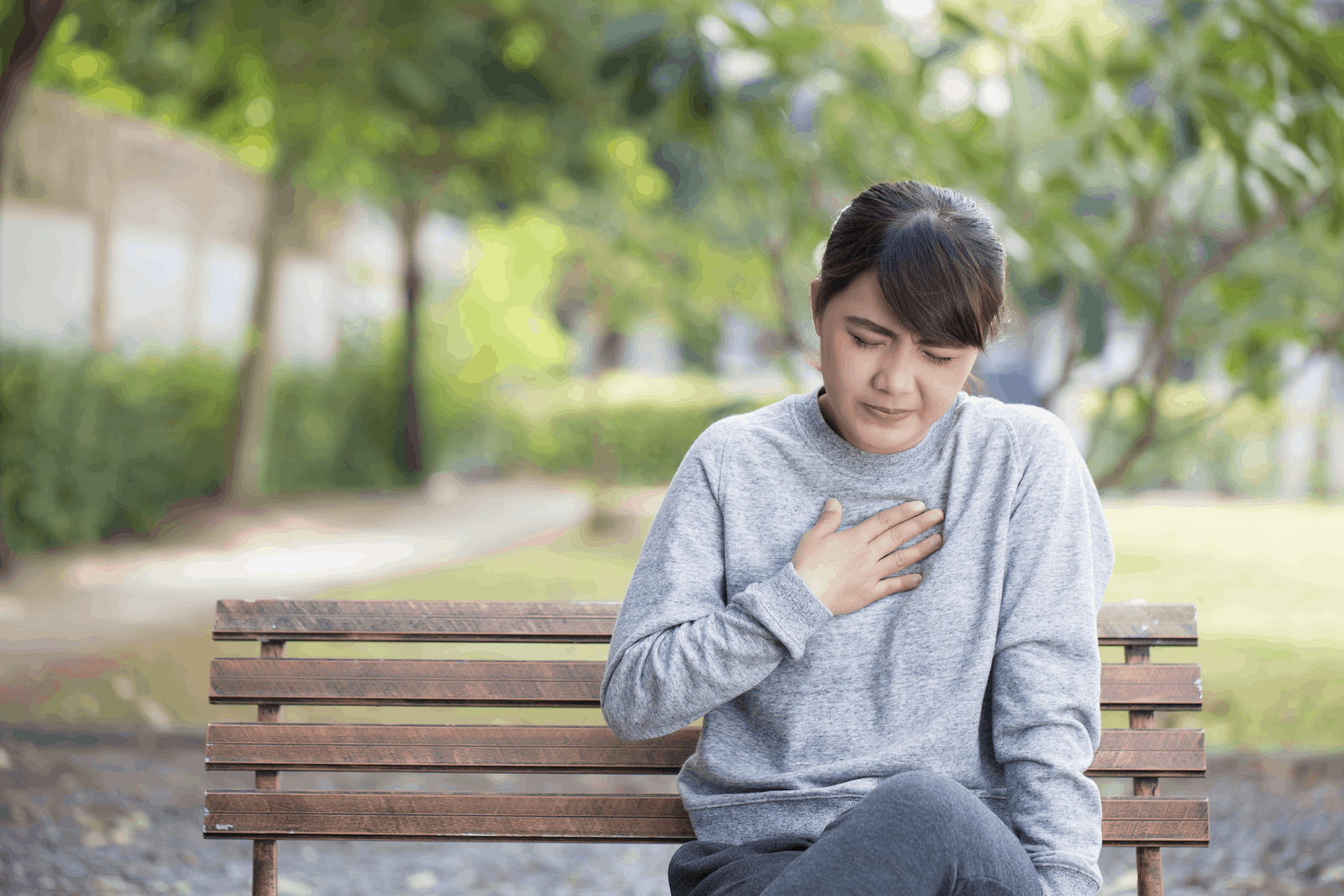 LPR, or laryngopharyngeal reflux disease, is a condition that often goes unnoticed. We’ll take you through its symptoms, causes, and possible treatment options. 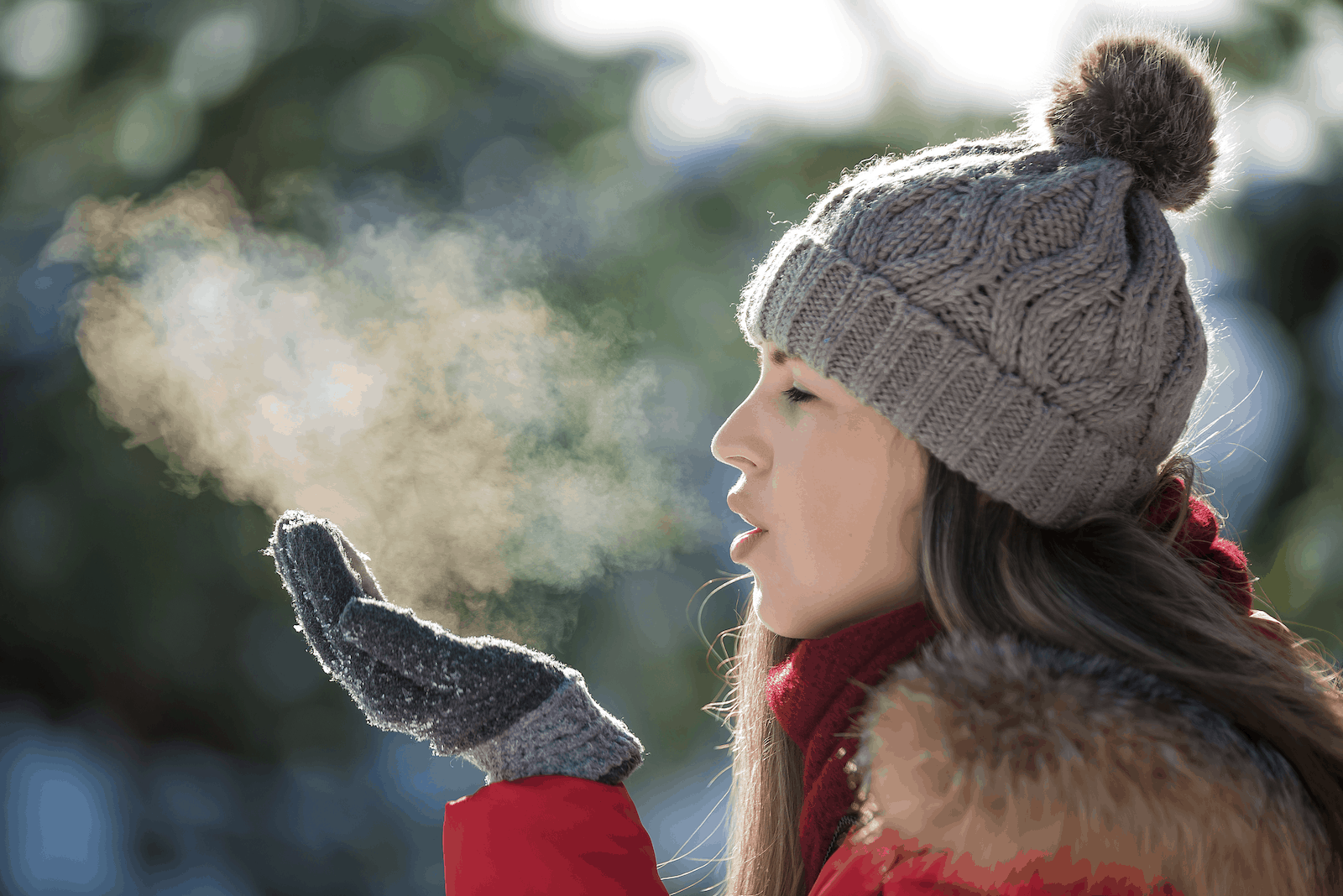 What’s the Best SIBO Breath Test and How Do I Know if I Need One? 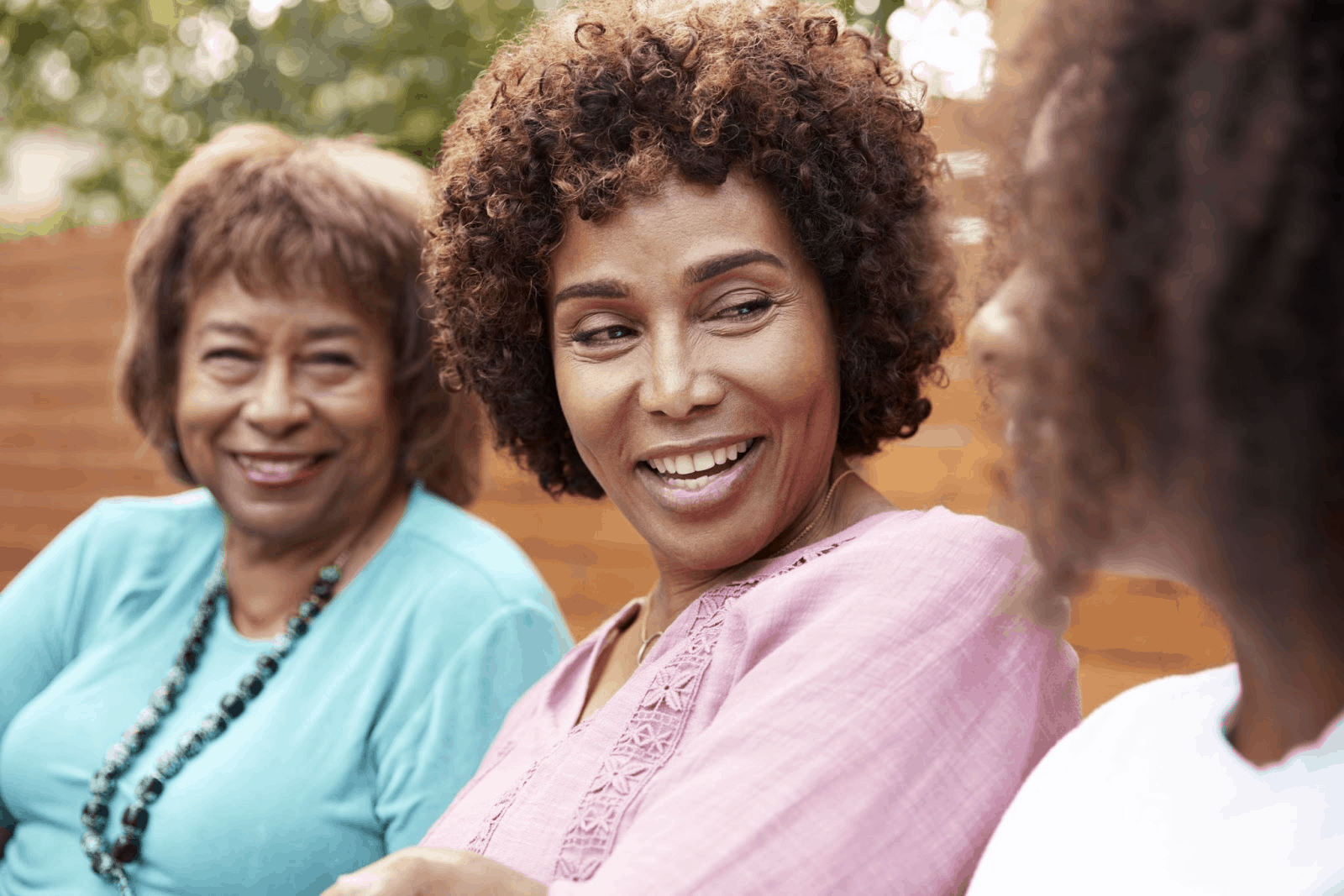 Is Hypothyroidism Genetic? Why Family History Isn’t Everything

Is hypothyroidism genetic? While genetics can affect your risk, your lifestyle choices can trigger or suppress Hashimoto’s that leads to hypothyroidism.